The NOVO brand includes all the shoes and accessories a girl needs no matter what the occasion. From stylish flats to the highest of heels, from wedges to the latest on trend casual styles NOVO provides them for all, and of course there’s the perfect little clutch or accessory to match.

From the very beginning, NOVO’s vision was to provide a vast range of seasonal designs for the fashion-conscious girl at affordable prices. With over 120 stores across Australia and New Zealand plus our fabulous on-line store, Novo is easily accessible to make that outfit just right!

Our buyers travel the world to keep an eye on what’s new so that our NOVO customers are aware of the latest trends with the added bonus of an affordable price point.


NOVO cares about our planet and the people who live on it so of course our shoes and accessories are only sourced from ethical suppliers/factories who share the same values.

NOVO’s wide range ensures that there’s a perfect shoe for every situation. Whether it’s a strappy sandal for the beach, comfortable flats for the office or those must have heels for that special occasion – Novo has it covered.


Our customers receive a high-quality product and are always given the very best service from a dedicated, well-trained team who are absolutely passionate about our product and brand.


NOVO is a proudly Melbourne, Australia-based fashion brand with aspirations to be showcased all over the world. 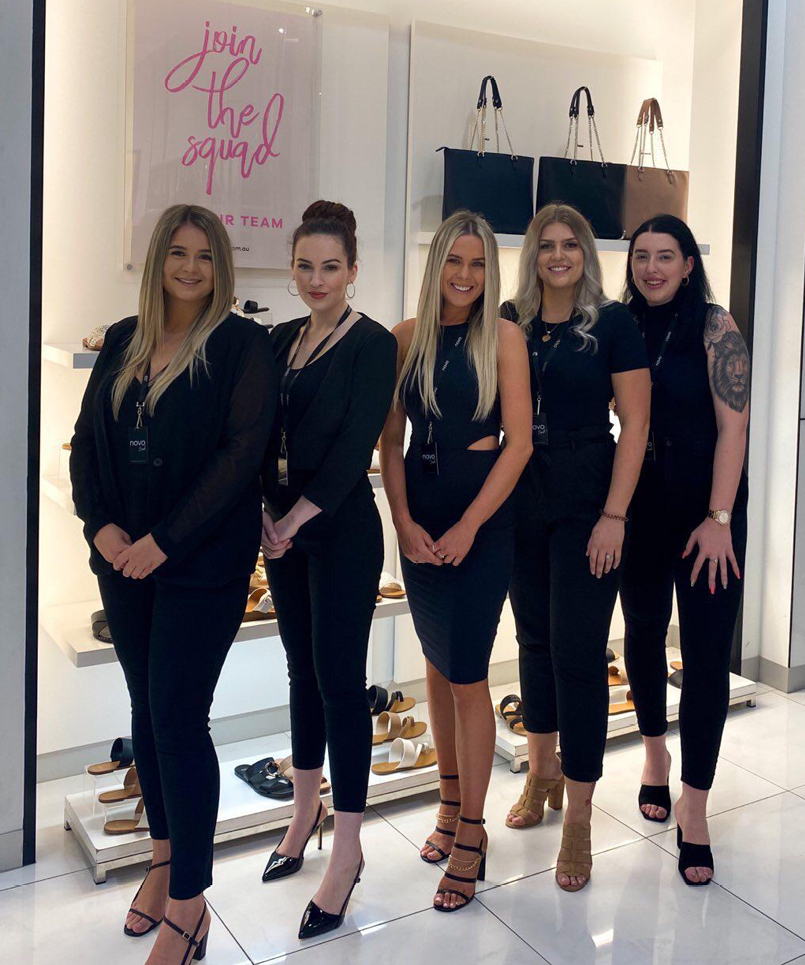 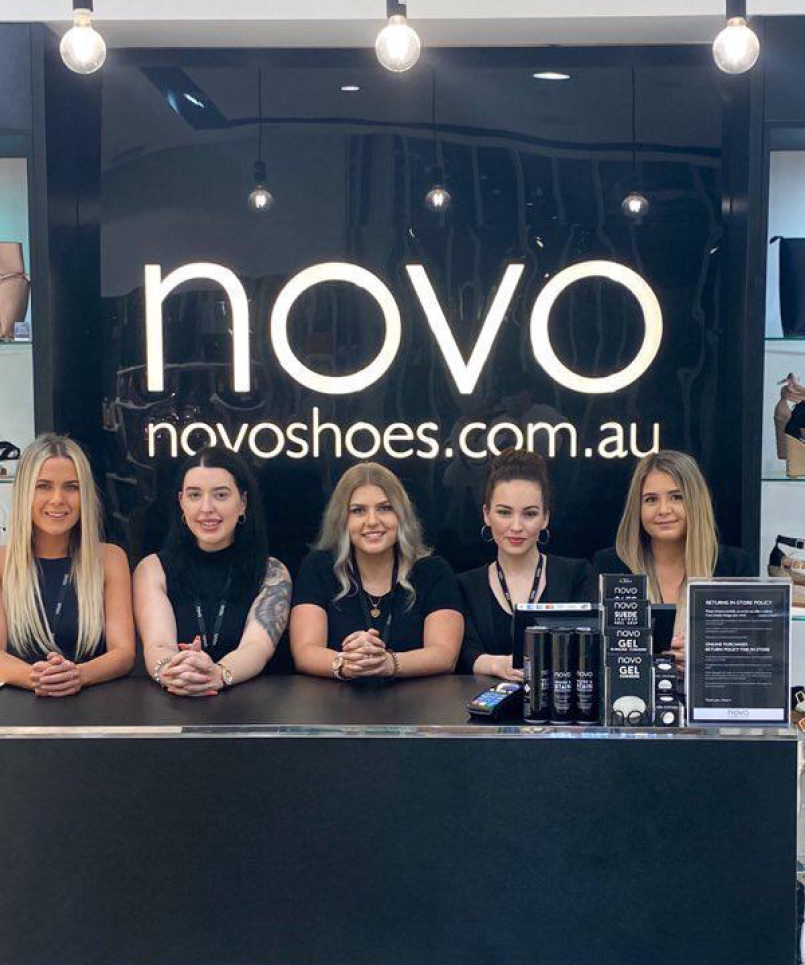 NOVO started its journey in 2002 with a vision to become a celebrated affordable Australian women’s fashion footwear & accessory brand. Today, it is exactly that.

Our doors opened in Warringah Mall, Sydney in 2002 and not long after we opened stores in Victoria, Queensland, South Australia and Western Australia. We then jumped across the Tasman to New Zealand and before we knew it our 120th store across the regions had opened.

A significant moment in our history was the launch of Brazilian model Giselle Bundchen’s range of Ipanema sandals. Proudly a percentage of the launch sales were donated to preserve the endangered headwaters of the Xingu River system in Brazil’s Amazon region. The Brazilian brands of Ipanema and Grendha are an iconic addition to the NOVO brand.


Our global footprint continued to grow when NOVO became available in Fijian resorts and at stores in the Tappoo City department complexes.


Our continued support for the wider community has been exemplified by our sponsorship of the Miss Universe Pageant and Miss World Australia. Both these platforms support charities both within Australia and internationally. Previous pageant winners, Jesinta Franklin, Tegan Martin and Renae Ayris have been the face of NOVO campaigns over the years.


NOVO likes to be seen in all the places where a NOVO girl might be and testament to this is our involvement in VAMFF fashion festivals, the Melbourne Fashion Festival and the many Music Festivals across Australia.

Since 2002 our stores have represented our brand to showcase the variety of footwear we have by offering unique in store design experiences through various merchandising areas. Over the years our designs continue to expand and work with consumers on creating the best consumer experience we have to offer. 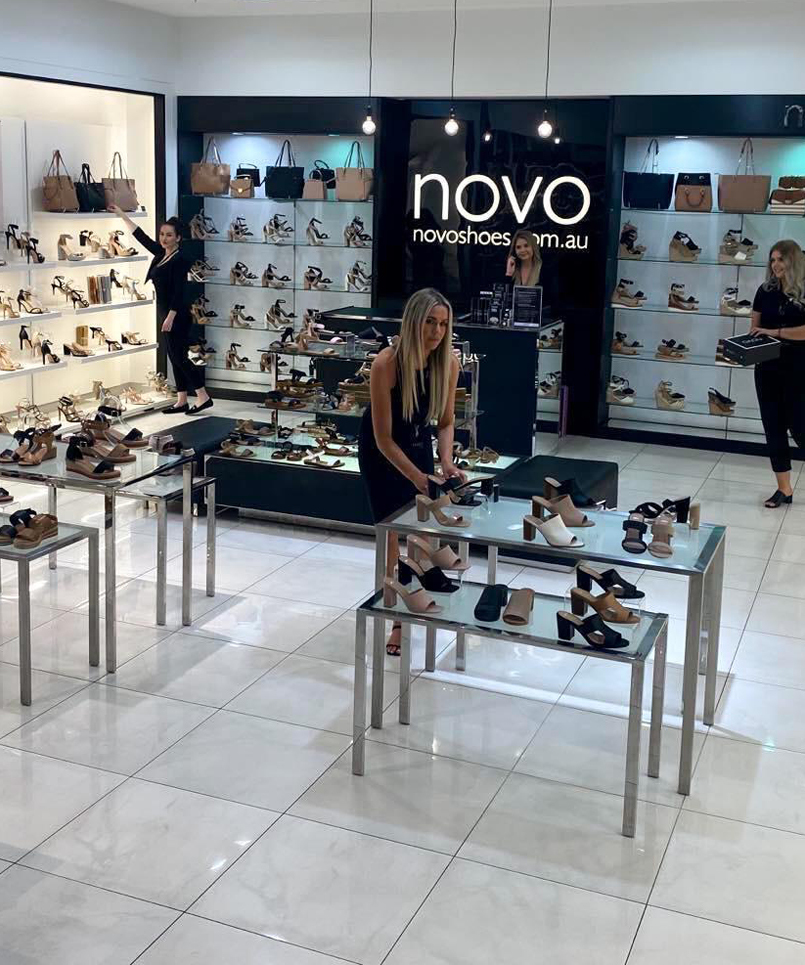